Sorry for the vacuum over the last month and a half- I've been working lots of OT.

Consequently, I'm behind on the script polishing and the board drawing and I still haven't had time to order costumes and build the two props necessary for the shoot. I would like to get all of this organized and put together and get everyone together for costuming and some test shoots- I now have the ability to track camera moves which solves some of the main issues I was worried about since for the Prologue, it's all greenscreen shoots with a couple of exceptions (the kids will be shot on a practical set) and I would like to get some of the closeups against a flat.

For those of you unfamiliar with this project, it's an alternative 1870 after the civil war. I'm doing the Prologue first, followed by the three chapters (acts) that tell the story of an inventor trying to overcome obstacles the villains keep throwing in his way. The reason I'm doing this is for three reasons; cost (this is a shoestring project and spreading it out over four separate but related stories makes it easier on my checkbook), feasibility (is doing an epic, feature length silent film something people are interested in seeing? A ten minute prologue that sets it in motion will answer that) and finally intrinsic value (it's just as easy to make something bad as it is to make something great. Doing this first film that's half as long as the other chapters and being able to finish it in a reasonable time should answer *that*)

The shoot will take two weekends, but not everyone will need to be there for the whole shebang. I will put together a schedule as we get closer to it. I will also be updating the blog with all this information.

Right now, after May 7th I will be on vacation for two weeks. I would like to be done with the script, story reel and props by May 31, with a potential first shoot weekend on June 5.

I already have some of your costume sizes, but I only have Scott's hat size. Everyone in my late 1800's had either a flying machine or a ether powered car and a hat. Please send me your hat size and clothes sizes if you haven't done so already. I would also like to put your websites on my blog if you have them.

I've also mentioned barter- I can't pay you guys very much, but if you need a logo design or a 3d model or prop I will be happy to do that for you. Also, for the costumes I have to buy, those will belong to you after the shoots are done. I will also do craft service on the days of the shoot.
Posted by spajadigit at 9:01 PM No comments: Links to this post

First of the street vehicles... 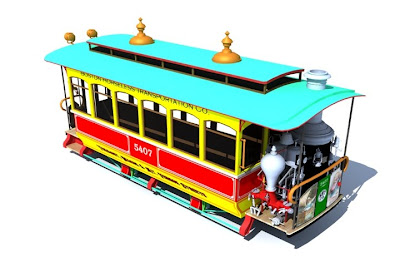 This is the steam powered streetcar, provided by the Boston Horseless Transportation Company. I found some great street car reference and built the main vehicle, and then added a steam pump and furnace. This thing would be great in the Boston winters, although I imagine the front of the car would be very cold. During the summer, though? Even though it's outside, it would still be running in the high nineties.

And don't even think about how heavy that back end is... Just imagine they counterbalance it with weight in the front. 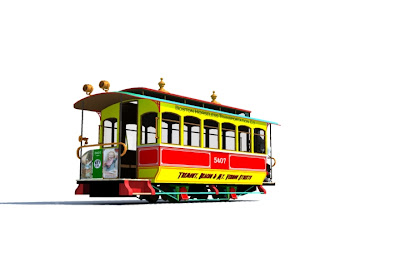 Posted by spajadigit at 9:01 PM 6 comments: Links to this post

Remember that matte painting I was working on back in the when?


You know the one I made back in October?
Here it is all bright and shiny and... moving. It needs a lot of work, but I think I am pretty happy just because it worked.
Posted by spajadigit at 9:01 PM 6 comments: Links to this post


Weird. I guess Google Video is no longer accepting video so now all these tests I do have to be copied over to youtube first.

This was a fast, throwaway test to see what this thing looks like in motion. There will be another one shortly, with motion blur and a more appropriate film look. I'm pretty satisfied with this, though- I think it looks heavy. It's flying a little fast and the props could certainly go faster, and it needs much more rigging, but yeah.

I'm hovering around seven minutes a frame for this, once I render in HD that will quadruple, I think.

Well, guys? What do you think?
Posted by spajadigit at 9:01 PM 3 comments: Links to this post

For those of you who wanted to see it in color... 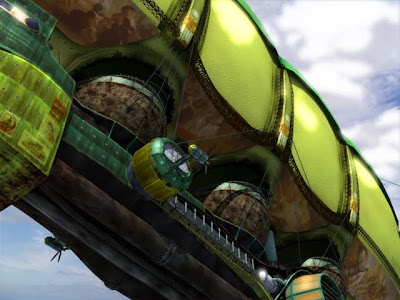 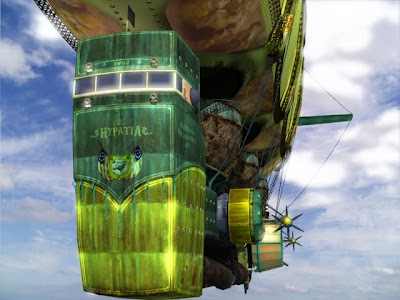 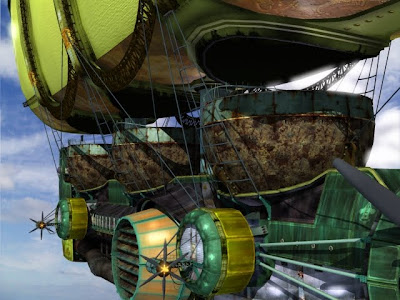 A little more rigging is needed... BUT! 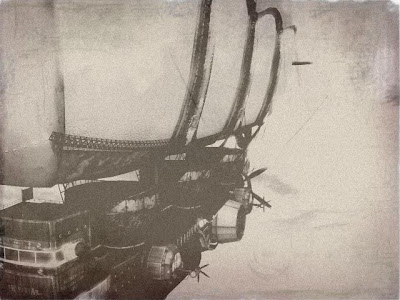 It's looking pretty awesome!
Posted by spajadigit at 9:01 PM 5 comments: Links to this post

The Hypatia is almost done! 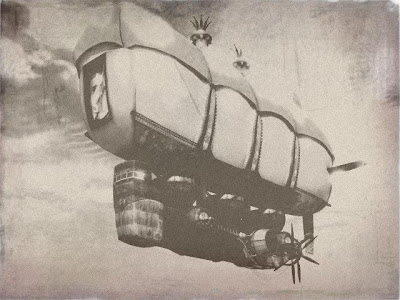 So there it is. There are three things that still need to be done. The Rubens paintings need to fit in there better, so I will be upgrading the textures on it. Also, the front armour needs some rivets, so that's another texture map issue. And the last thing is rigging. You can see I started to put in the cables, but there needs to be a lot more. 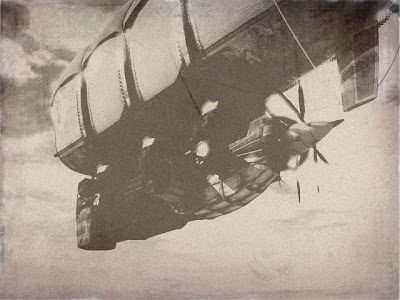 You can see the paintings better here. Overall, I'm very happy with it. It feels quintessentially steampunk and that's all I really care about. Let me know what you think!
Posted by spajadigit at 9:01 PM 3 comments: Links to this post